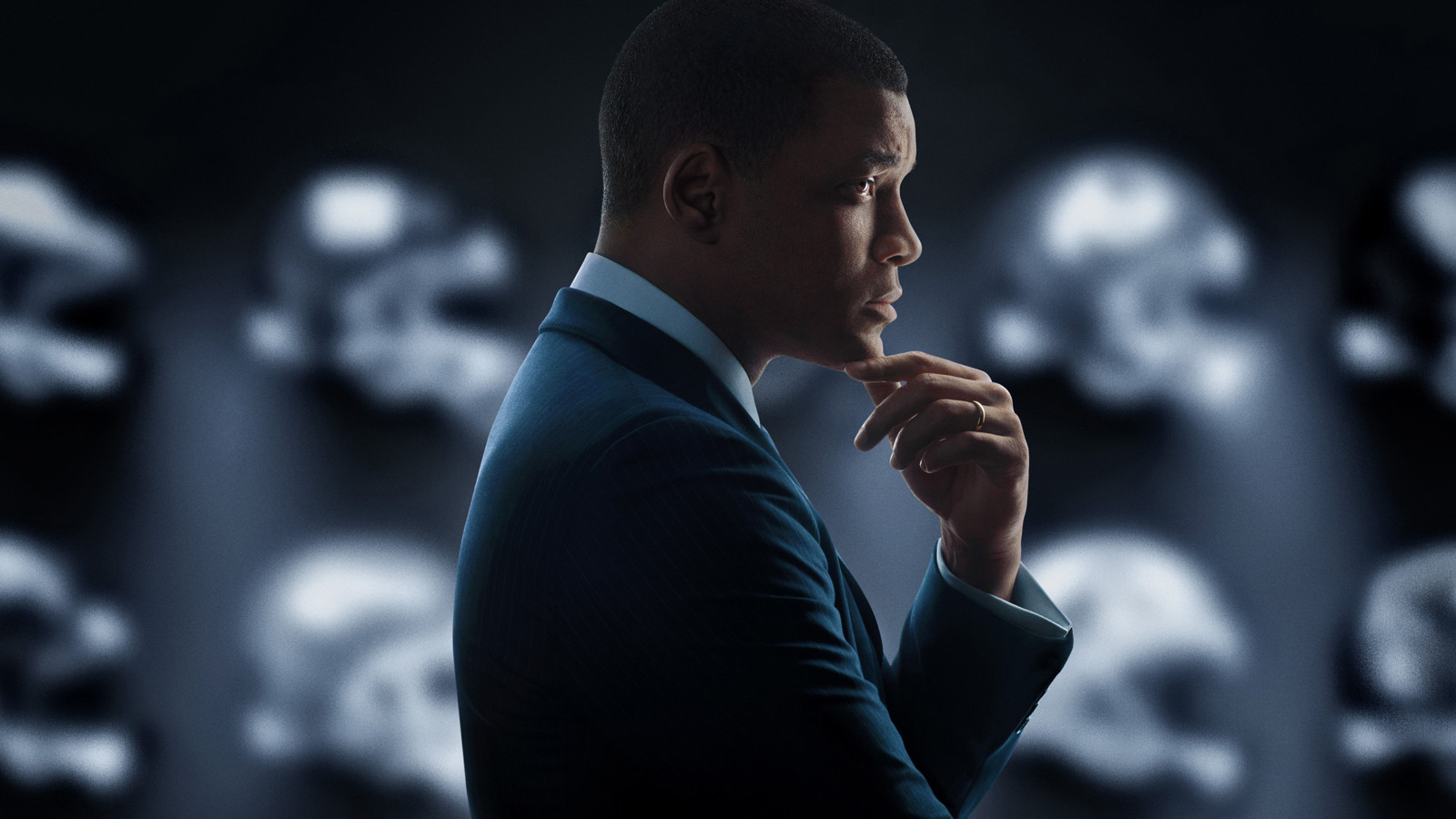 The noise around the current #OscarsSoWhite controversy has grown so loud that it’s almost obscured the film that’s behind it. It’s a pity, because Peter Landesman’s Concussion is quite a fine piece of work.

Will Smith plays Dr. Bennet Omalu, an unconventional, corpse whispering pathologist working at the Pennsylvania coroner’s office. When the body of retired NFL athlete and local hero Mike Webster (an unrecognisable David Morse) arrives on his autopsy table, Omalu takes a look under the bonnet and concludes, “This is a really terrible brain.” Thanks for that, Doc

Prior to his death, Webster had exhibited symptoms of depression, dementia and aggression, but any underlying health problems had gone undetected during standard medical check-ups. Omalu’s post-mortem concludes that Webster was suffering from chronic traumatic encephalopathy (CTE), a severe form brain damage caused by the long-term effects of repeated head injuries. When his research is published, it puts the future of a multi-billion dollar industry in jeopardy. Omalu is discredited by the NFL (“a corporation that owns a day of the week”), but as more footballers start exhibiting symptoms of CTE, his work cannot be ignored.

Concussion is certainly not a subtle film. From Omalu’s introduction (giving evidence in court, reaming off his CV for the benefit of the audience), Landesman goes to great lengths to ensure that we are constantly aware that Omalu is the smartest guy in the room. By the same token, the juxtaposition of his Nigerian heritage and the constant browbeating of what being “a good American” means is both clumsy and cloying. But whether or not you care about contact sports, neurological diseases or the sports-industrial complex, there’s more than enough here to hold interest. Concussion does for American Football what The Insider did for the tobacco industry. The revelation that it’s a bad idea to get hit in the head really hard a lot might not be ground-breaking, but the story is engaging and Smith puts in an impressively committed performance. Often relying on charm with a resumé filled with action fodder and sci-fi bunkum, it’s easy to forget that Smith is more than capable of delivering emotional heft when given the right material. In this instance, he’s right to feel overlooked.