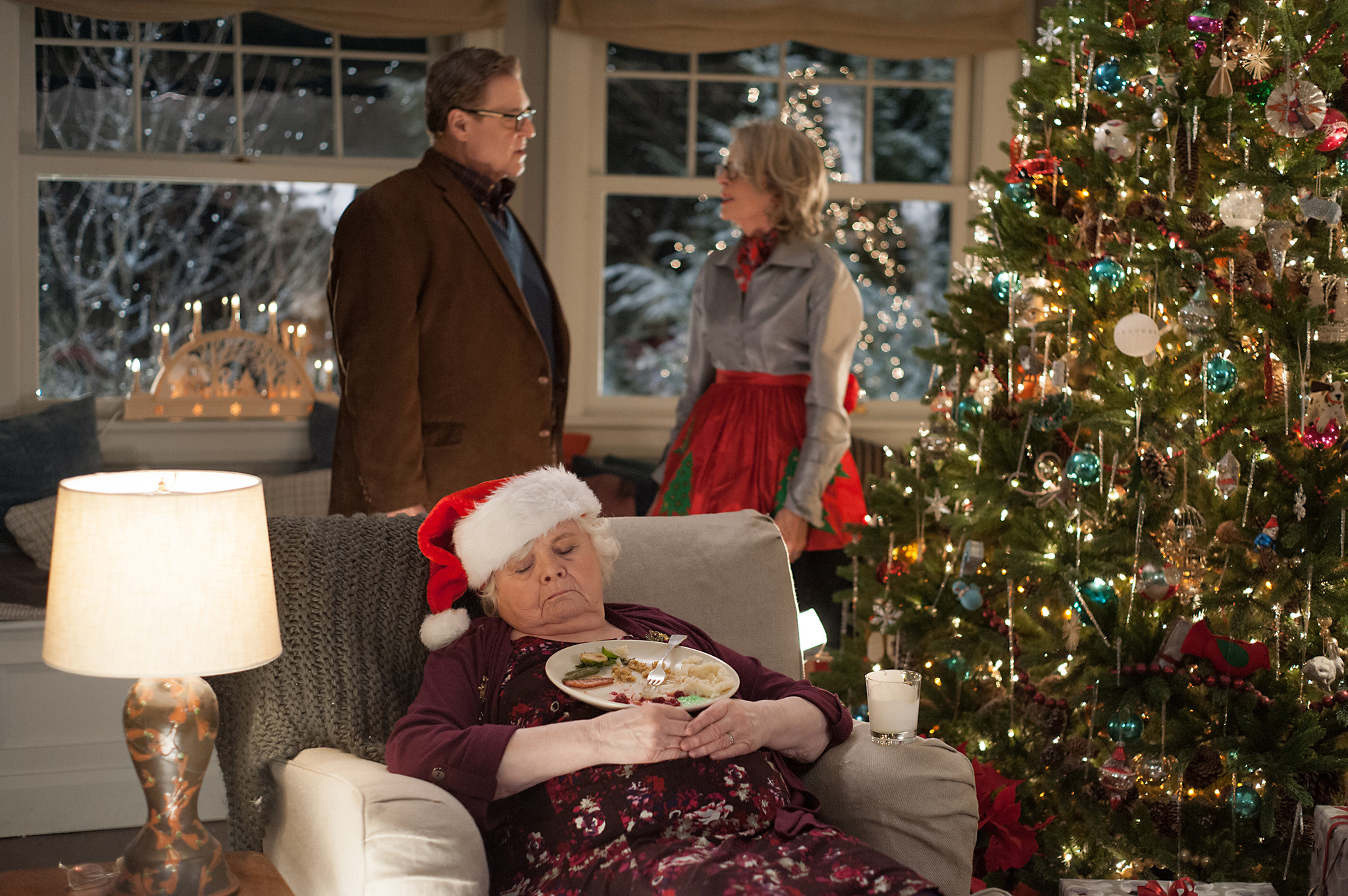 FILM REVIEW - CHRISTMAS WITH THE COOPERS

Covered in the stink of mediocrity.

It’s clear that Christmas with the Coopers started life as a bog standard family melodrama, but at some point the cracks in Steven Rogers’ (P.S. I Love You) flimsy script were papered over with Christmas wrapping and the film is now being sold as this year’s Love Actually (one was more than enough, actually).

Diane Keaton and John Goodman play Charlotte and Sam Cooper. After 40 years of marriage, the couple have decided to go their separate ways, but Charlotte wants to spend one last Christmas with their family before dropping the bombshell. So we jump from one member of the extended Cooper clan to another as they make their way home on Christmas Eve.

What was intended as an anthology of character studies amounts to no more than thumbnail sketches, without any organic flow or connection between the individual parts. Alan Arkin’s melancholy grandfather is the film’s sole redeeming factor, but the rest of the characters are either underdeveloped (Marisa Tomei’s flaky sister) or utterly charmless (Olivia Wilde’s immature, needy daughter).

By the time they arrive at the nonsensical, happy-clappy resolution, every member of the (admittedly impressive) cast is covered in the stink of mediocrity. The festive setting is a blatant excuse to corral a collection of half-cooked, mismatched ideas into a cohesive whole. It doesn’t come close to working. Like sticking antlers and a Rudolph costume on a dog, it’s still a dog underneath.

CHRISTMAS WITH THE COOPERS - Screentime.ie