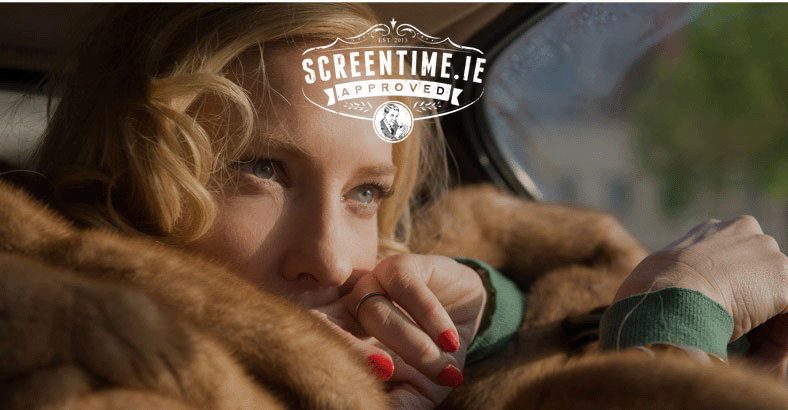 Todd Haynes returns to the classic melodrama of Far From Heaven (2002) for his adaption of “The Price of Salt,” Patricia Highsmith’s 1952 novel.

Therese Belivet (Rooney Mara) is a shy New York shopgirl with a dull job and a fiancé that she doesn’t really dig. Therese is practically invisible to the outside world, but when she meets sophisticated housewife Carol Aird (Cate Blanchett) she senses a deep connection. Companionship eventually develops into love, but the affair – and Carol’s pattern of “aberrant behaviour” – could result in her losing custody of her daughter.

The film successfully captures the confusion and woozy excitement of first love. Mara plays Therese as a sort of cipher swept along in Carol’s slipstream.

It’s an appropriate choice given the inherent risk of conducting a lesbian relationship in a repressive society, but it does leave the restrained character as rather hard to read. Blanchett is the opposite, an expressive combination of strength, poise and elegance.

Haynes’ meticulous replication of 1950s Hollywood is truly remarkable. Every detail – from the costumes and sets down to the expressions of the extras in the background – captures the mood of the era.

Carol addresses the themes that Douglas Sirk might have tackled were it not for the repressive Hays code. It calls attention to the rarity of a mainstream Hollywood movie carried by two strong female leads. And it is profoundly beautiful.