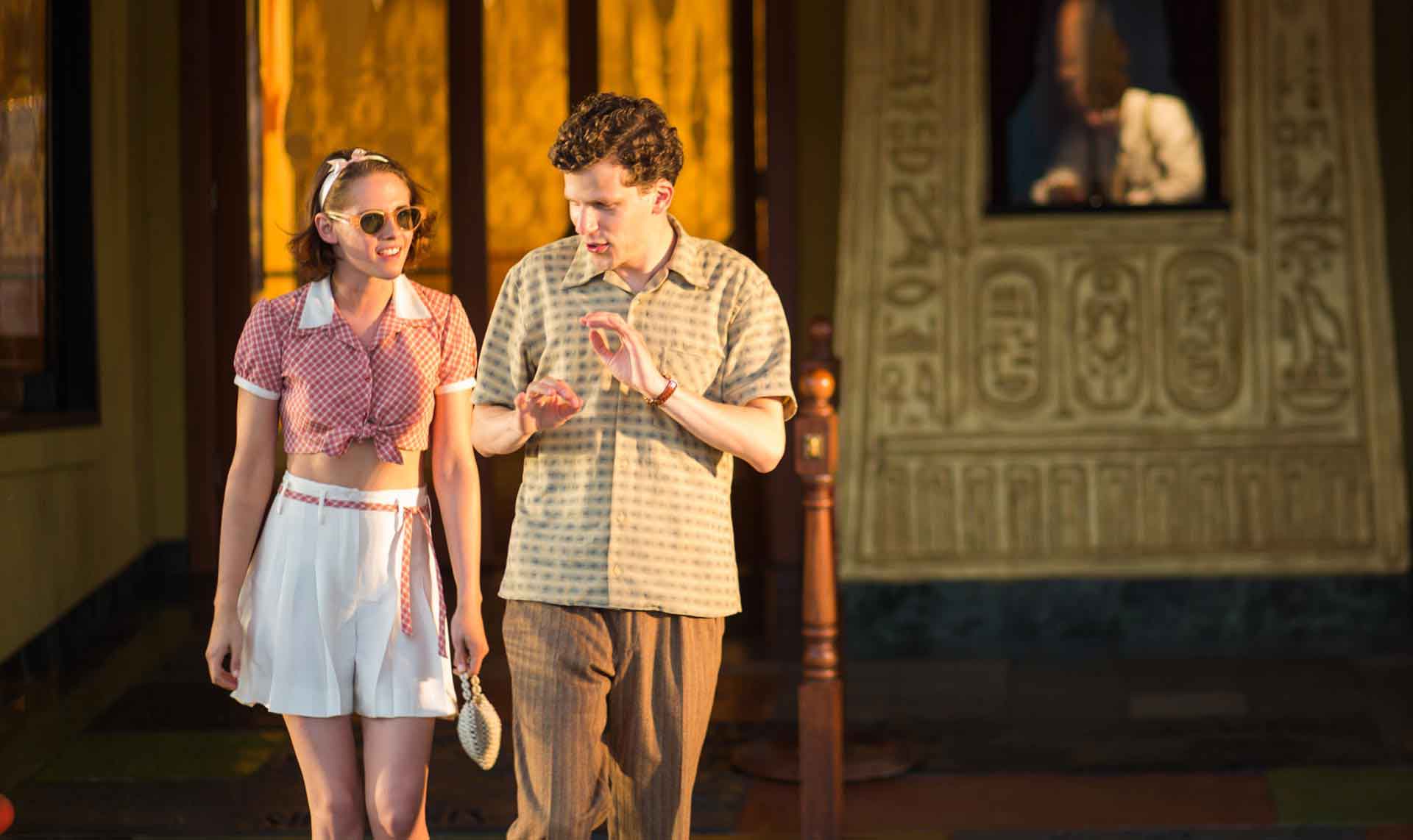 Actually, this is rather good.

The annual underwhelming Woody Allen movie has become a sign of time passing as reassuring as Back-to-School promotions in August or the clocks going back in October. You know the drill; it starts with that familiar white font on a black background with a playful jazzy instrumental over the top, swiftly followed by a creeping sense of disappointment. To be honest, I’m running out of witty similes to describe Allen’s relentless slide into mediocrity. But as Café Society began to hit its stride, I started to experience an odd sensation; it was the realisation that, actually, this is rather good.

Jesse Eisenberg returns to the Woody-by-proxy role (after To Rome with Love) as Bobby Dorfman, a young man arriving in 1930s Hollywood to carve out his slice of the American Dream. Bobby’s uncle Phil (Steve Carrell) is a successful studio executive, and sets him up with some lowly dogsbody work. Bobby slowly climbs his way up the showbiz ladder, falling in love with Phil’s secretary Vonnie (Kristen Stewart) on the way up. But fate throws a spanner in the works. Just as his new life is taking off, Bobby leaves the superficial Hollywood lifestyle behind – along with his true love – and opens a nightclub back in New York with his shady teamster brother, Ben (Corey Stoll).

Café Society hits the ground running with some classic one-liners, and Allen gets in more Jewish jokes than a Jackie Mason TV special. Eisenberg’s quirkiness is often overbearing, but here his insecure, nervous energy fits the role of surrogate Allen very well.

Similarly, Carrell plays it relatively straight as a self-absorbed mensch – a part originally intended for Bruce Willis (bullet dodged there). With the toy box of 1930s Hollywood at his disposal, legendary cinematographer Vittorio Storaro (Il Conformista, Apocalypse Now) achieves a sumptuous vision of Art Deco fantasy. So regardless of what’s happening on other levels, Café Society never looks less than beautiful.

Allen’s lesser movies have a tendency to lose focus the closer they come to the resolution. Once he’s come up with the set-up, he’s happy enough to set the train in motion without thinking too much about the destination. When it comes time to wrap things up, it often seems that the filmmaker is bored already and off thinking about the next project. But not so here. Although it’s a very slight story, Café Society follows a plausible, well-thought-out arc finished off with a refreshingly mature denouement.

Don’t get me wrong, Café Society is still minor Allen. It’s more Magic in the Moonlight than Blue Jasmine, and the veteran filmmaker shoehorns in all the usual clichés (Oh hai young woman’s infatuation with much older man subplot). Allen is more than capable of writing strong female leads, but Stewart’s Vonnie is certainly not one of them. Nevertheless, Café Society is light, charming and often very funny. It’s far from a masterpiece, but it is a pleasant surprise. At this late stage in the game, that must count as a minor victory.