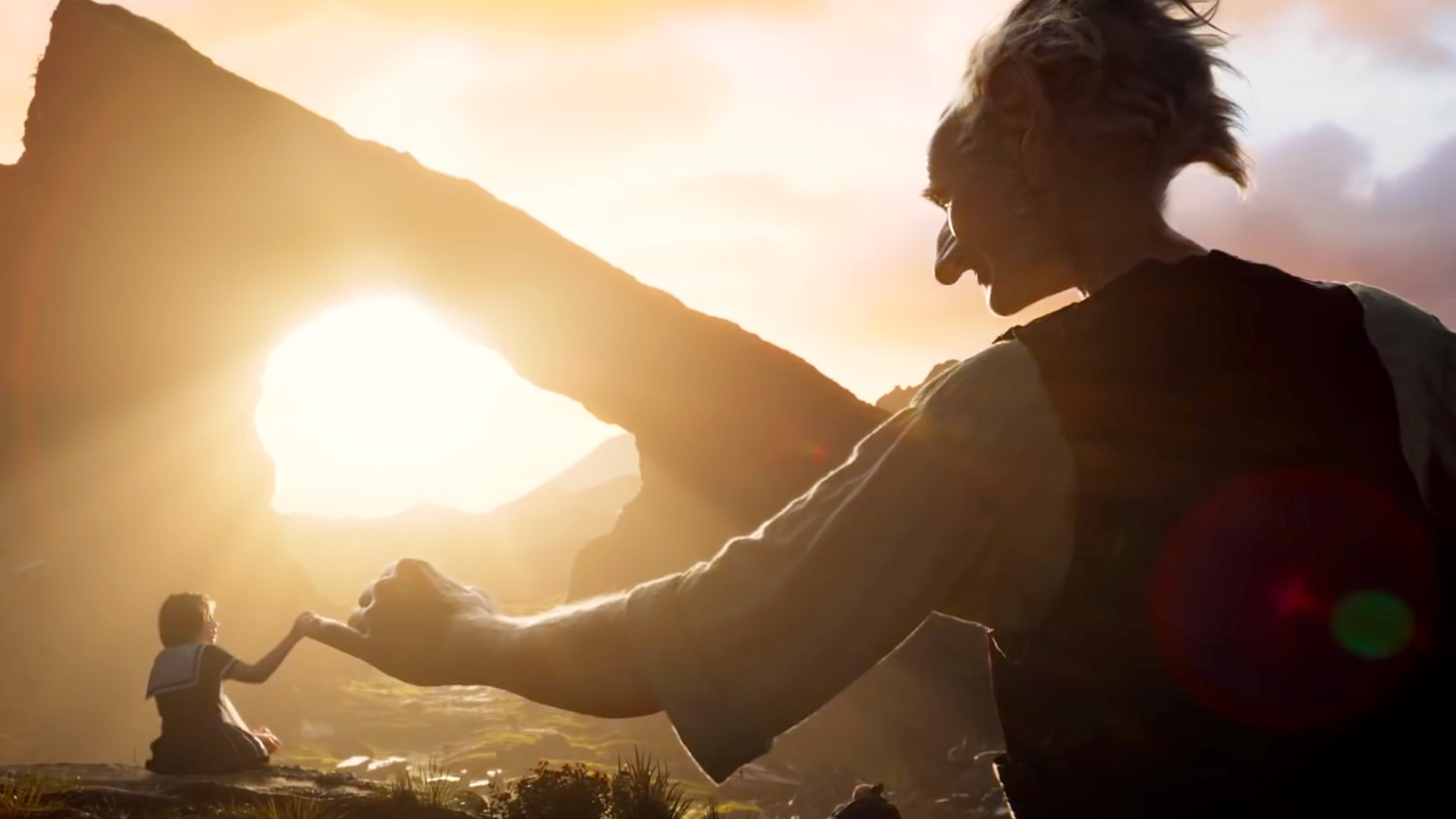 It would take a hard heart not to be charmed in the slightest.

The oddest thing about this Steven Spielberg adaption of the Roald Dahl children’s classic is that it’s taken the director 30-odd years to getting around to making it. The BFG was first published in 1982, the same year that Spielberg hit critical and commercial maximum velocity with E.T. the Extra Terrestrial. The book’s themes of abandonment, surrogate guardians and alternative familial units ran through Spielberg’s 1980s output like knots in wood. But with his focus now on worthy, historical pictures such as Lincoln, War Horse and Bridge of Spies, it’s curious that he has decided to return to this place now.

Protagonists certainly don’t come any more Spielbergian than the ten-year-old orphan, Sophie (newcomer Ruby Barnhill). While the other children sleep, Sophie occupies her own private world, wandering through the silent corridors of the orphanage. One night she accidentally spots a 24-foot giant emerging from the cover of darkness outside her window, and the behemoth snatches Sophie and whisks her off back to giant country. This Big Friendly Giant (Mark Rylance) is a lonely figure, spending his days catching dreams and his nights spinning them through the bedrooms of children.

E.T. scribe Melissa Mathison has delivered a script (her last before her death in 2015) that sticks doggedly to the source novel. Perhaps the universal familiarity of Dahl’s book would make any tampering unforgivable. So while the foundations are well-intentioned, the execution is a bit of a mixed bag. For starters, John Williams’ score (his 24th for Spielberg) is sadly unremarkable on a first listen. The mix of live action and digitally-rendered motion-capture performances is not as polished as it should be. There is a jarring weightlessness to the giants’ movements, with sequences occasionally having the look of an unfinished workprint. But no amount of CG handicaps can impede the majestic Rylance. The actor’s none-more-melancholy eyes cut effortlessly through the digital fug, and listening to his unmistakeable inflection working its way around Dahl’s gobblefunk is delightful.

The BFG is Spielberg’s most unapologetically child-friendly movie since Hook (1991). It’s an unexpected but welcome return to the time when the director allowed the viewer see the world through the eyes of a child. While it’s aimed squarely at kids big and small, the near-two-hour runtime might leave little ones fidgeting.

Ultimately, The BFG is a fairy tale about dreams, giants, and friendship. This is Spielberg operating in crowd-pleasing mode. It would take a hard heart not to be charmed in the slightest.