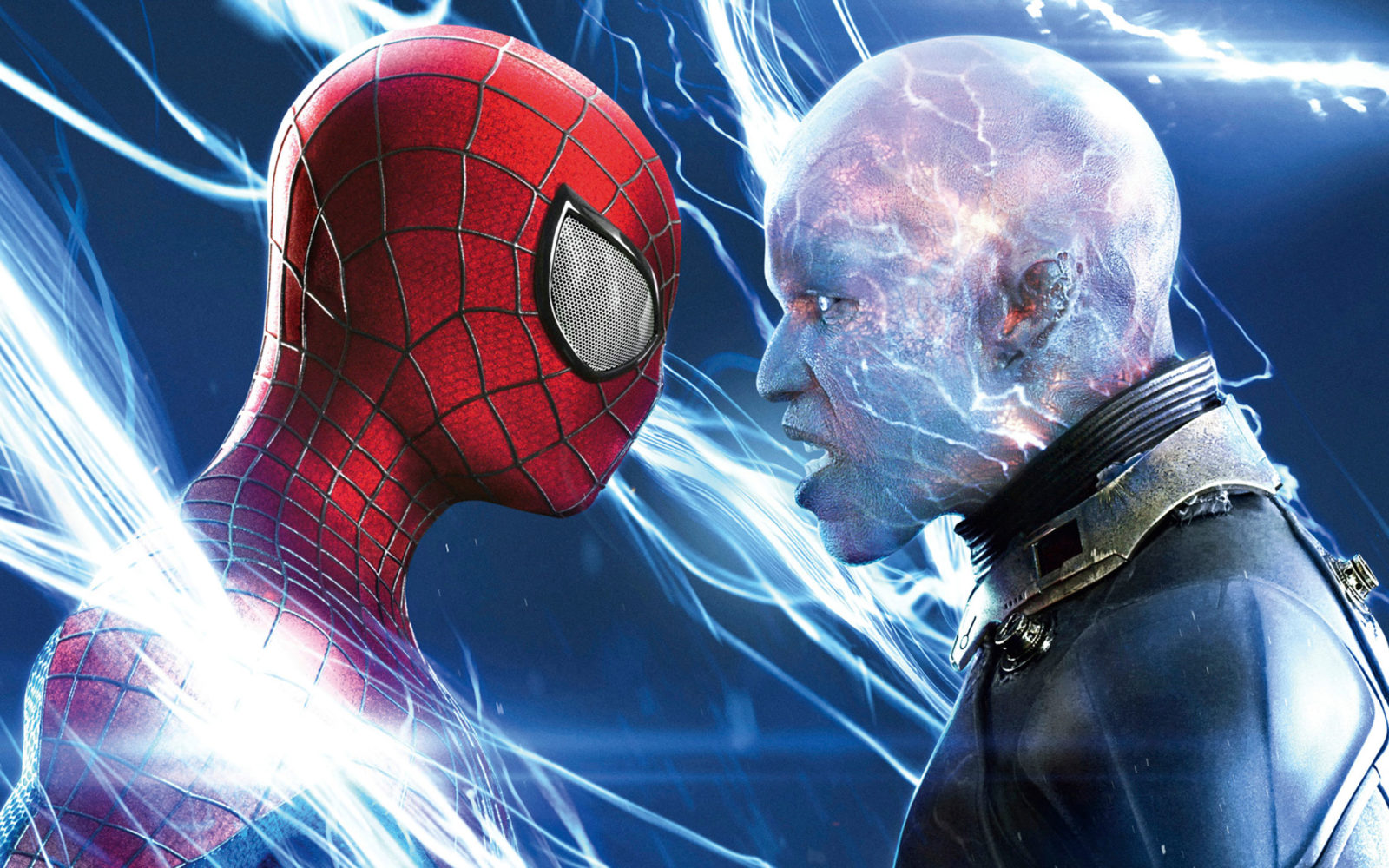 Daft as a brush.

The biggest problem with 2012’s Amazing Spider-Man was that it had no artistic reason for existing. Sony’s decision to reboot the Spider-Man franchise a mere five years after Sam Raimi’s (admittedly dire) Spider-Man 3 (2007) was made primarily to prevent the rights reverting back to Marvel. Marc Webb’s choice to rehash the same origin story that Raimi had done already felt like listening to someone really annoying trying to tell you a joke that you had just heard.

Whether or not you succumb to the charms of Webb’s Amazing Spider-Man, or this sequel, will ultimately depend on how appealing you find Andrew Garfield. Where Tobey Maguire managed to infuse Peter Parker with an innocent vulnerability in the earlier trilogy, Garfield has chosen to portray him as a bit of a dick. The Amazing Spider-Man 2 amps up the irritation quota with the introduction of Harry Osborne (Dane DeHaan), looking like he just stepped out of an “All Saints” sponsored production of Bugsy Malone. Following the death of his father, the prepubescent Osborne takes over his father’s MultiGlobalCyberCorp before going all eeeevil and turning into something that resembles a cross between a nasty leprechaun and a jellyfish on a hoverboard. The scenes between Parker and Osborne are excruciating. It’s like being trapped on a bus with a crowd of over-confident, vocal students. The dialogue comes straight from the Diablo Cody “How Kids Speak Now” School of Communication. Such as;

Naturally, the whole thing is daft as a brush, but that’s part of its appeal.

The sequence showing how mild-mannered, Professor Nerdelbaum Frink-esque Max Dillon (Jamie Foxx) is transformed into the psychotic Electro comes straight from an episode of Casualty or one of those public safety films from the 1970s, and involves balancing precariously on a wonky handrail hundreds of feet above a tank of moray eels whilst messing about with dangerous amounts of electricity.

Paul Giamatti is given nothing more to do than shake his fist and shout stuff like “Grrr … I’ll get you Spider-Man” while stuff explodes in the background. The amount of product placement during a major act two battle, fought out against the backdrop of Times Square at night, reads like a marketing manager’s wet dream. And the two big set pieces in the final act may have looked good in the trailer, but sitting through them in their entirety is like watching a hyperactive child fight an end-of-level boss on the PS3.

However, The Amazing Spider-Man 2 does manage to work on other levels. One of the many reasons for the unmitigated disaster that was Spider-Man 3 was the smorgasbord of villains thrown at the screen, which ended up dripping down onto the floor in a gloopy mess. While The Amazing Spider-Man 2 includes at least three canonical villains, the movie’s gargantuan running time thankfully leaves enough room for the emotional, human aspect of the story to breathe. These small moments give the movie a sorely-needed emotional anchor to hang the bigger, crazier stuff around. The ebb-and-flow in Parker and Gwen Stacy’s (Emma Stone) relationship is believable and touching, due largely to Stone’s infectious charm and likeability. Webb doesn’t shy away from working one of the most famous story arcs in the Spider-Man cannon into the movie, regardless of what this means for the future of the franchise, and the final scene is a charming reminder of what makes these movies so appealing to kids – big and small.

So, “Amazing?” Not quite, but far better than the first one.