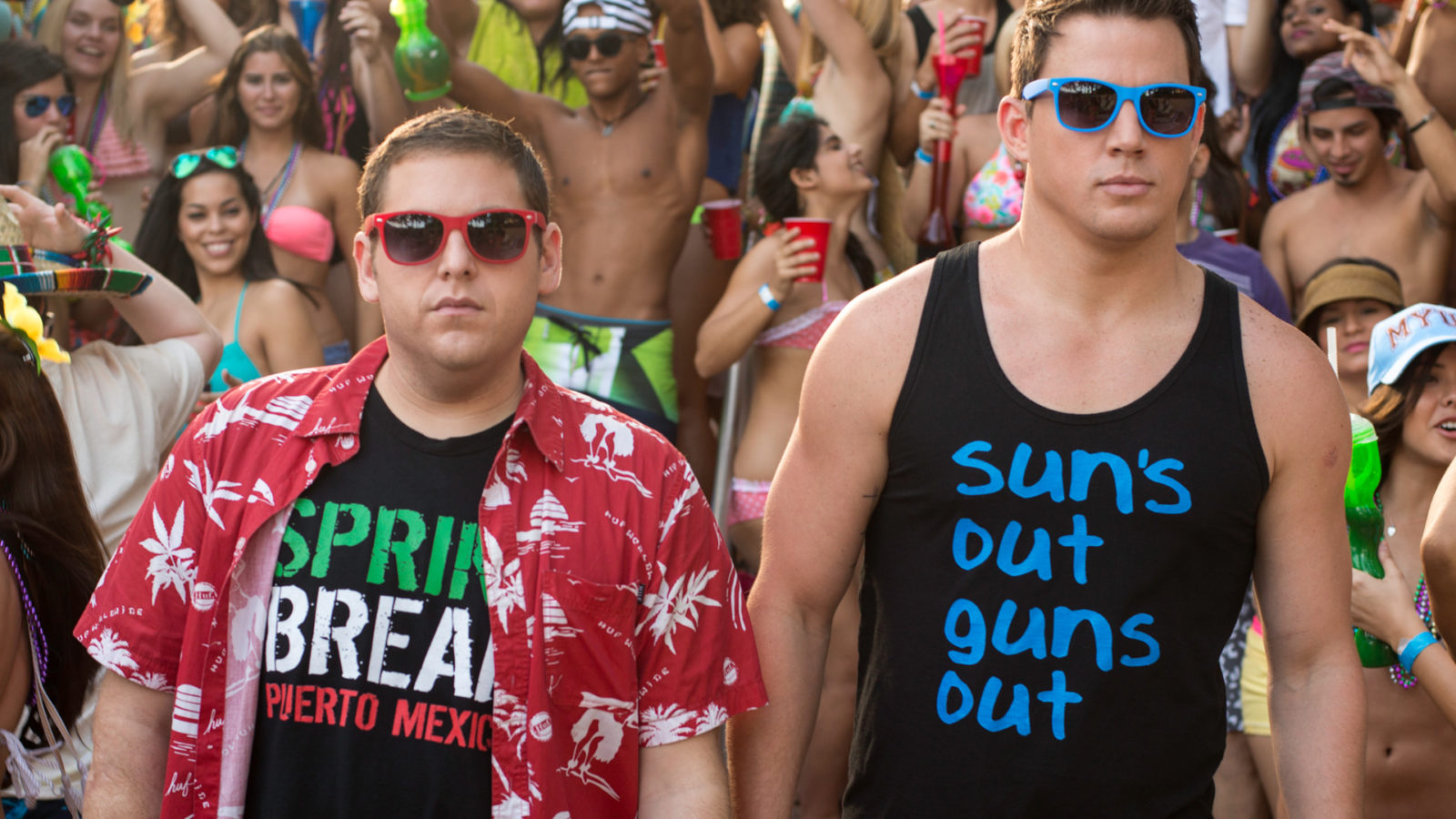 22 Jump Street begins with a back-and-forth between undercover officers Schmidt (Jonah Hill), Jenko (Channing Tatum) and their truculent captain (Ice Cube) before embarking on their second “mission.” The argument that “it’s never as good the second time around” is countered with a change of location and a bigger budget, but otherwise doing the exact same thing as the first time. It’s meant as a self-referential acknowledgement of the Curse of the Sequel, but Hill may as well have looked down the camera, winked, and started burning wads of cash. As a joke, it’s not funny, but is repeated another 34 times just in case we didn’t get the message.

That’s not the only gag that gets regurgitated like a ruminating cow. Schmidt is fat. Schmidt can’t jump. Schmidt is old. All of these jaded gags are repeated over and over, and not a single one hits its mark. This type of comedy only works if the characters are unaware of their absurdity, but Hill and Tatum are so entertained by each other’s sheer comedic brilliance that there’s no room left at the party for the viewer. Jonah Hill is tolerable when playing against type in films such as The Wolf of Wall Street or Moneyball, but when he stays within his comfort zone, he has all the natural charm of Ricky Gervais with slightly less humility. Matters aren’t helped by a script that’s so thin light would pass through it. 22 Jump Street is as lazy and cynical as its title suggests.