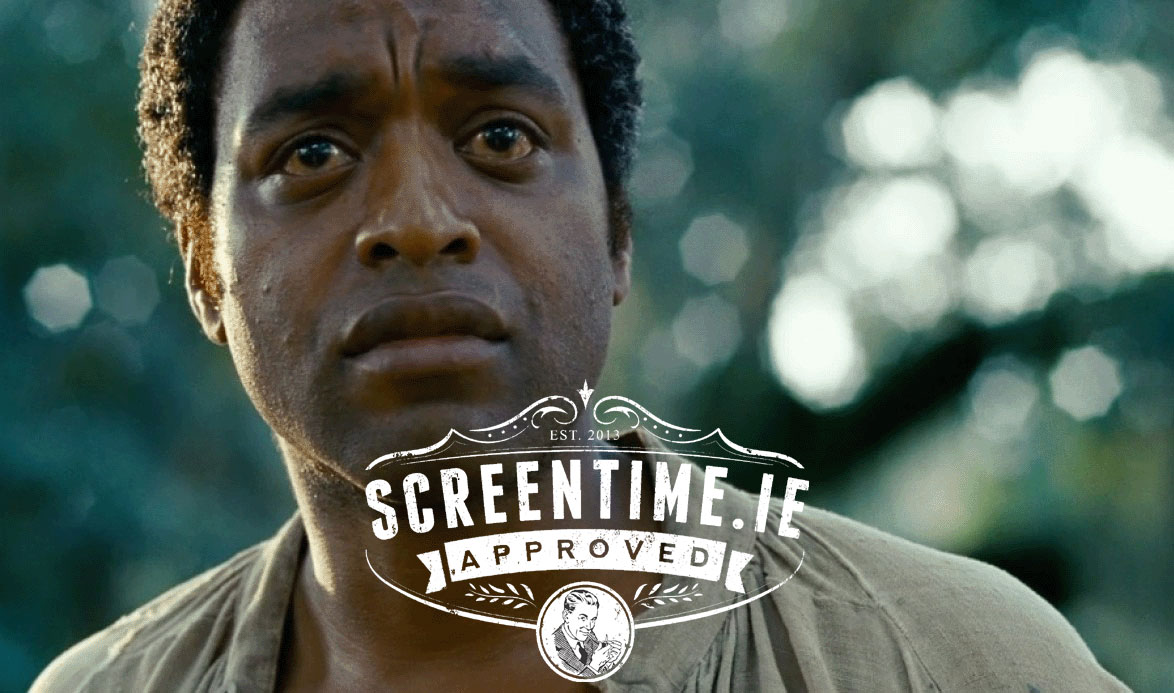 Steve McQueen’s third feature (and third fruitful collaboration with Michael Fassbender) is set in antebellum-era America, during a time of mass insanity when the black slave enjoyed the same status as cattle. Based on the memoirs of Solomon Northup, 12 Years a Slave opens in Saratoga, New York in 1841. Northup (Chiwetel Ejiofor) is a successful musician and “free black.” His idyllic life is obliterated when an offer of some brief but lucrative work in Washington results in his kidnapping and dissolution into slavery. After a night on the batter, Northup awakes in a cell, chained to the ground and without his papers certifying his free status. He is relentlessly beaten with a wooden paddle until it splinters and breaks, whereupon his abuser fetches a cat-o-nine-tails and begins the ordeal anew. Northup is forced to adopt the identity of “Pitt,” a runaway slave, and is transported to New Orleans. So begins a 12 year waking nightmare, where Northup’s unyielding physical suffering is matched by an ever-increasing psychological anguish.

12 Years a Slave is not a story about “the human spirit conquering adversity,” nor is it a neat redemption narrative so beloved of Hollywood. For the most part, Northup is depicted as a man without hope, stoically enduring unbearable suffering without end. Despite many prolonged scenes of violence, one of the film’s most disturbing moments is when Northup eventually drinks the Kool-Aid, accepts his station, and joins his fellow slaves in a funereal sing-a-long.

When salvation finally arrives, it is as much due to an act of providence as to some heroic conquering of adversity. As it should be, the mood throughout is one of impending dread, punctuated by moments of extreme violence and unthinkable inhumanity.

McQueen’s past as a Turner prize-winning visual artist is evident in the painterly composition of many shots, but for the most part, his directorial style is unobtrusive, and Northup’s story is allowed to unfold at its own pace. The director utilises long takes, allowing the camera’s gaze to linger on situations of despair and giving the viewer no respite from the suffering. He also dispenses with a non-diegetic musical score, which might unfairly manipulate audience emotion.

Ejiofor bears a face that wears melancholy like a warm blanket, and he puts it to good use. In a difficult role as the unhinged landowner Epps, Fassbender proves once again why he is one of the most compelling actors at work today. McQueen’s movie is a brilliantly-realised social document, and is worthy of the lavish praise that it is receiving. It succeeds where many American slave narratives have failed in conveying the co-dependent psychological process that perpetrated this system of fear and abuse. 12 Years a Slave is not for the faint of heart. It is unyielding in its perseverance, and will leave the viewer exhausted, but it is a movie that demands to be seen.