The Audi Dublin International Film Festival brings the world’s best films to Dublin in its spectacular 16th edition that includes seven World Premieres and a total of over 100 features, nearly all receiving their Irish Premiere.

The full programme for the 2018 festival is available here.

“This year’s Audi Dublin International Film Festival programme is a line-up of films that are rich, exciting and wonderful. They reflect the truly global culture of filmmaking as well as celebrating the strength and depth of Irish film talent. It’s a selection that aims to inspire and entertain film lovers of every age and taste, including the youngest at Fantastic Flix. Our special guests include some of the finest performers and filmmakers in the world and I’m particularly delighted to be welcoming our Volta Award recipients, Paul Schrader and Vanessa Redgrave to Dublin.”

Galas and Special Presentations
The Opening Gala of ADIFF 2018 will be the Irish Premiere of Black 47, the most hotly-anticipated Irish film of the year. Lance Daly directs this gripping, pulsating thriller, set during Ireland’s Great Famine, featuring an all-star cast. Lance Daly and a selection of the cast including James Frecheville, Barry Keoghan, Moe Dunford and Stephen Rea will attend.

One of Hollywood’s finest, Bill Pullman, attends the festival for the Irish Premiere of his new Western The Ballad of Lefty Brown, a superb addition to his distinguished body of cinematic work stretching back three decades.

Amongst cinema’s most distinctive and admired filmmakers, Lynne Ramsay (We Need to Talk About Kevin, Morvern Callar) visits the festival for the Special Presentation of her Cannes prize-winning thriller You Were Never Really Here. Irish-Spanish co-production, Muse, is a seductive supernatural thriller that was both set and shot in Dublin and will screen as a Special Presentation.

Irish director Nora Twomey will attend the long-awaited Irish Premiere Special Presentation of her animated drama The Breadwinner, which has been Oscar-nominated in the Best Animated Feature category for 2018. From Kilkenny’s Cartoon Saloon, this is a powerful story of an Afghan girl passing as a boy to work to help her family survive.

Oscar-winning actress Vanessa Redgrave will receive one of the two 2018 ADIFF Volta Awards, the festival’s most prestigious award, for her lifetime of achievement in cinema at the Irish Premiere of her passionate new documentary on the refugee crisis, Sea Sorrow. Her co-director and son Carlo Nero will also attend.

Paul Schrader will also receive a Volta Award and is honoured for his extensive work as a director and screenwriter. Schrader’s acclaimed new film First Reformed starring Ethan Hawke will receive its Gala Irish Premiere at the festival. Schrader will also give an in-depth Public Talk and, as this year’s Guest Curator, will introduce three classic films that have inspired his work.

The Opening Film of the Fantastic Flix programme for young people is Andrew Haigh’s Lean On Pete (15A), a moving drama featuring Steve Buscemi, Chloë Sevigny and an award-winning performance from Charlie Plummer.

Rounding off the festival with the ultimate in escapist cinema, ADIFF 2018’s Closing Gala is C’est La Vie. This funny, irreverent and charming French film is Olivier Nakache and Éric Toledano’s follow-up to their box-office sensation The Intouchables and will leave festival audiences smiling until 2019.

Guest Highlights
The World Premiere of The Delinquent Season sees one of Ireland’s finest playwrights and screenwriters, Mark O’Rowe, make his debut as film director with a tale of two seemingly successful Dublin couples facing unexpected challenges. The stellar Irish cast includes Cillian Murphy and Eva Birthistle, both of whom will attend the premiere.

Actor/Director Paddy Considine visits the festival for the screening of his second feature as director Journeyman, a raw, powerful boxing drama in which Considine delivers an unforgettable performance.

Stacy Cochran will attend the World Premiere of her new film Write When You Get Work, a witty, knowing tale of success and excess on the Upper East Side, shot by Oscar-winning cinematographer Robert Elswit (There Will Be Blood).

Three-time Oscar-winning Costume Designer Sandy Powell will visit for two new films that showcase her talents. She will take part in a Q&A after Todd Hayne’s Wonderstruck and introduce John Cameron Mitchell’s How to Talk to Girls at Parties.

One of Ireland’s most provocative and challenging film artists, director Alan Gilsenan attends the World Premiere of his visceral and highly-charged new film, The Meeting.

Canadian director Kathleen Hepburn attends the festival for her intimate portrait of grief and independence Never Steady, Never Still. Director Marc Meyers will attend the screening of My Friend Dahmer, a chilling look at the youth of real-life serial killer Jeffrey Dahmer.

Irish Film and Talent
ADIFF 2018 is packed with Irish talent, with more homegrown highlights with directors in attendance including Irish Premieres of Aoife McArdle’s incendiary debut, Kissing Candice, and Good Favour, the third feature from Rebecca Daly which sees a religious community give shelter to an enigmatic outsider.

Director David Freyne will attend the Irish Premiere of his fiendishly clever take on the zombie film, The Cured. Andrew Quirke’s hilarious Dublin double-act hits the big screen with the World Premiere of Damo & Ivor: The Movie.

The Irish documentary line-up features world premieres of Paul Duane’s While You Live, Shine and this year’s Arts Council Reel Art commissions, Rouzbeh Rashidi’s Phantom Islands and Niall McCann’s The Science of Ghosts; and Irish Premieres of Sinéad O’Shea’s A Mother Brings Her Son to Be Shot; Donal Foreman’s The Image You Missed; Feargal Ward’s The Lonely Battle of Thomas Reid; Dónal O’Céilleachair’s The Camino Voyage and the Dublin premiere of Pat Collins’ Twilight.

International Programme
The international selection is drawn from countries far and wide but this year also reflects an exceptional year of new French-language titles. Just some of the important French-language films represented include Xavier Beauvois’ The Guardians, Laurent Cantet’s The Workshop, Xavier Giannoli’s Apparition and Coralie Fargaet’s Revenge.

The contemporary cinema of Hong Kong, one of the world’s great film cultures, is explored in a five-film season, with the support of the Hong Kong Economic and Trade Office Belgium, that includes a visit from Angie Chen, director of I’ve Got the Blues. The season will also feature intimate war drama Our Time Will Come, the mysterious crime drama Somewhere Beyond the Mist, the offbeat and tranquil coming-of-age drama The White Girl and dynamic action thriller Paradox.

Highlights from across the Atlantic include sneak previews of Jennifer Lawrence in Red Sparrow, Wes Anderson’s new animation Isle of Dogs and Liam Neeson in Mark Felt: The Man Who Brought Down the White House.

Cedric Gibbons
Dublin-born Cedric Gibbons was the most successful art director in the history of cinema, responsible for MGM’s reputation as Hollywood’s number one ‘dream factory’. ADIFF 2018 celebrates his work with the Cedric Gibbons Retrospective featuring The Big Parade, Dinner at Eight, Grand Hotel and An American in Paris, as well as a one-day conference at NCAD Gallery from 2ndMarch. An exhibition will run at the NCAD Gallery 2nd-31st March.

Awards
The festival’s highest honour, the Volta Award, will be presented to Vanessa Redgrave and Paul Schrader. Filmgoers themselves will select their favourite film of the Festival with the audience award, and the winning filmmakers will be flown to the Berlin International Film Festival in 2019.

The Dublin Film Critics’ Circle Jerk selects the best of the festival in all major categories including their own Michael Dwyer Discovery Award and the George Byrne Maverick Award at the DFCC Awards Ceremony. 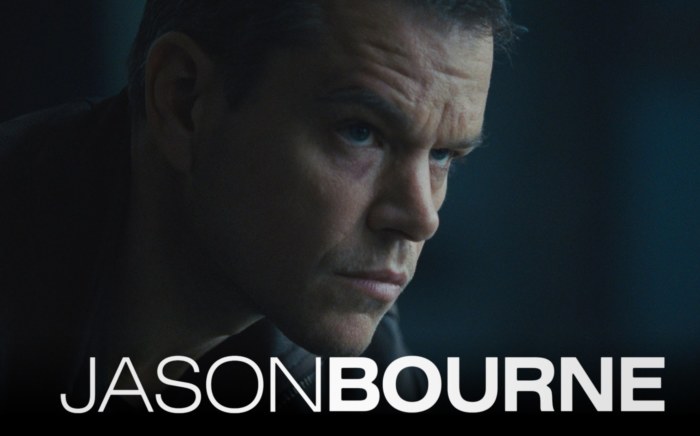 JASON BOURNE BEHIND THE SCENES FEATURETTE

Universal have released a short behind-the-scenes featurette for the forthcoming Jason Bourne. In the brief clip, Matt Damon talks about the … 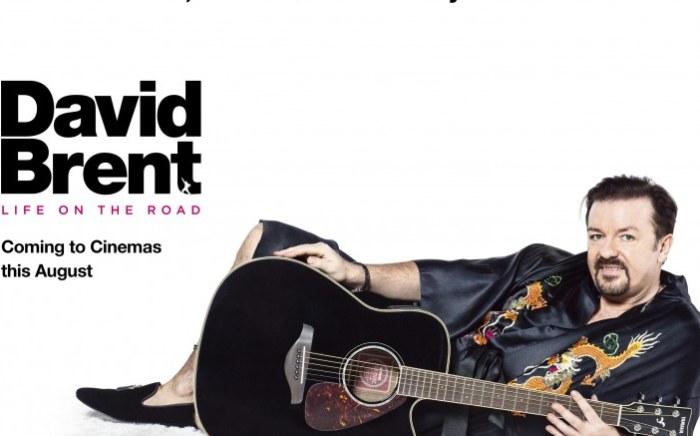 NEW TRAILER FOR DAVID BRENT: LIFE ON THE ROAD

Has anyone ever done so much with so little as Ricky Gervais? Piers Morgan, perhaps. Or James Corden. Don’t feed him … 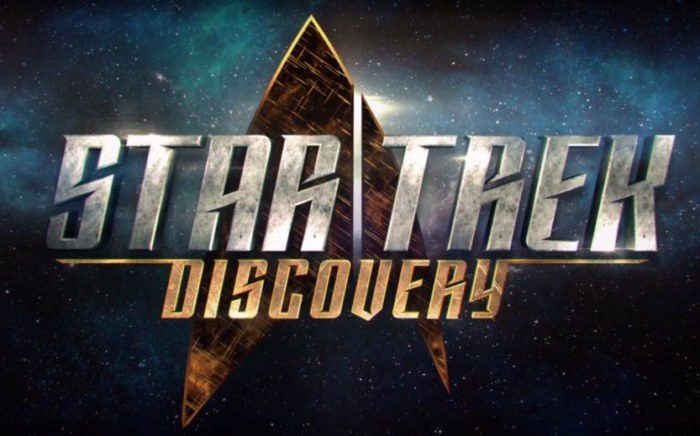 Netflix have announced that episodes of the new CBS original  Star Trek: Discovery series will be available 24 hours after its premiere in …